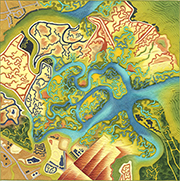 Our sense of security holds broad implications for our personal lives and political actions—informing decisions from the mundane to the momentous. In an open call for entry, the Brower Center asked Bay Area artists to offer a 21st century perspective on this complex and incredibly significant concept. The result is Security Question, a juried exhibition that embraces an expansive definition, exploring contemporary military and police issues while widening the debate to include environmental, social, and economic concerns. At times dark, humorous, and hopeful, the featured artworks investigate our national and local defense systems and explore whether security might also be found in our connections to each other and the natural world.